Chemical Companies Operating Under the Radar 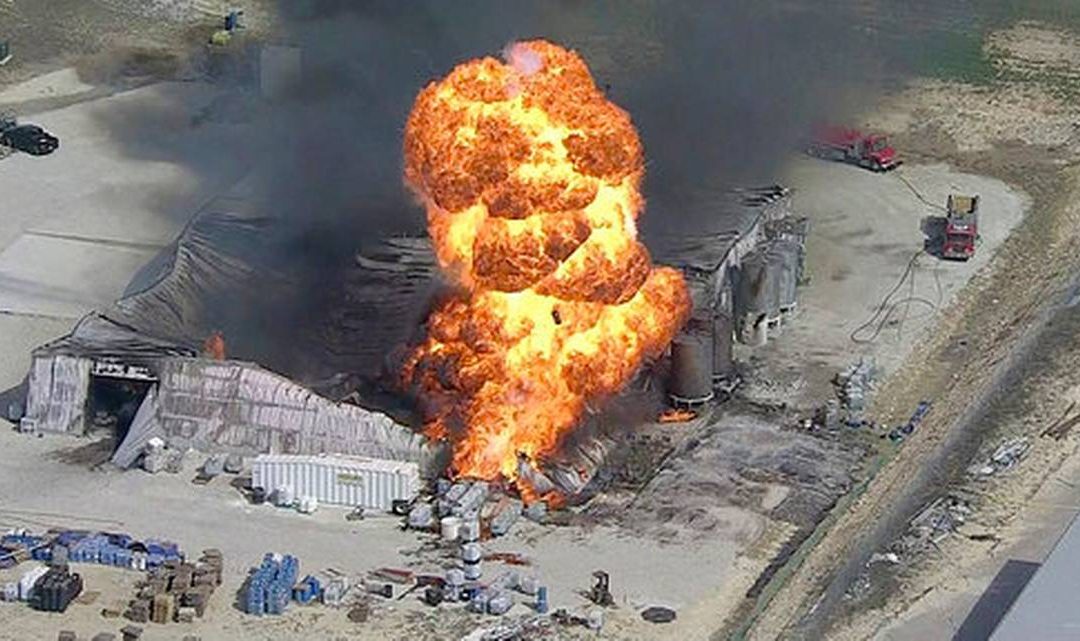 What chemicals exactly have burned into the air since the explosion? Authorities aren’t telling. A spokesman for the Texas Commission on Environmental Quality, the state agency responsible for coordinating the cleanup, declined to produce a list of the plant’s on-site chemicals, telling an AP reporter to file a Freedom of Information Act request.

Under the Emergency Planning and Community Right-to-Know Act (EPCRA), Local Emergency Planning Committees (LEPCs) must develop an emergency response plan, review the plan at least annually, and provide information about chemicals in the community to citizens.

Despite these requirements, not only is there little information available about the chemicals in the Cresson plant, there is scant information of the plant’s very existence. The company is not listed on the EPA’s database. A Google search specifically for Tri-Chem Industries in Cresson turns up one listing on the local Chamber of Commerce. Tri-Chem’s website lists Coppell, Texas (an hour away from Cresson) as their corporate headquarters, but the address is residential. Their LinkedIn page says the company has several chemical blending and storage plants in Texas and Louisiana, but there’s no street address for any of them listed.

Which means there could be more Tri-Chem Industries plants (and other chemical plants like them) continuing to operate almost completely under the radar.

This is not the only case by far. Texas has had other chemical plant explosions in recent years, including one in Crosby last summer after Hurricane Harvey and a massive fertilizer plant fire in the town of West, Texas in April 2013 that claimed 15 lives.

In May 2016, the Houston Chronicle published “Chemical Breakdown,” 6-part series investigating the tragic results of the lack of chemical safety regulation and enforcement in Texas. Regarding a an explosion and chemical leak at a packaging plant in Spring Branch, the Chronicle reported:

A black plume big enough to show up on weather radar touched the sky that Thursday morning in May. Explosions echoed through Spring Branch. Students fled a nearby school. A substance like tar coated cars in the neighborhood. Blood-red fluids spilled into a creek, choking fish and turtles.

More than 400 firefighters responded over two days, and when they were done, piles of torched barrels and melted plastic tanks lay in a snow-white blanket of fire-fighting foam.

Days later, they still didn’t know what they’d been fighting. No city inspector had been inside the place for years, and the owner’s records burned up in the blaze. The firefighters didn’t even know there was a chemical facility in the neighborhood, one surrounded by houses and apartments, a nursing home and a gun shop full of ammunition.