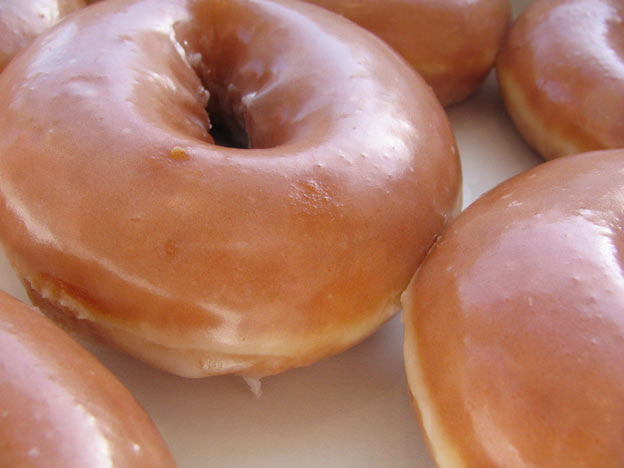 At one time, I thought that not dying was incentive enough to get the COVID-19 vaccine. Evidently, I was wrong.

Dozens of states are offering sweepstakes worth millions of dollars for anyone who gets vaccinated. A stick in the arm can also get you Krispy Kreme doughnuts, tickets to a game, free beer, and many other giveaways.

But why incentivize basic health and safety measures that everyone should be doing anyway? Should employers also offer incentives to everyone who manages to arrive at work without swerving all over the road and endangering others?

They may seem contrived and unnecessary at times, but it’s hard to argue with incentives because they work. Vaccinations in Ohio were up by a third after a $1 million state vaccine lottery was announced, according to analysis by the Associated Press. One study found that construction companies with a safety incentive program experienced a 44% reduction in their injury rate. On the other hand, companies without a safety incentive program had a 42% increase in injuries.

The Problem With Incentives

Still, motivating with incentives can be tricky. Incentives for safety can become disincentives for injury reporting, and decreased reporting increases accident risk. For example, let’s say there’s a safety program that rewards employees with a pizza party at the end of an injury-free month, and you get injured on day 29. Your colleagues may actively discourage you from reporting your injury, or you may hesitate because you don’t want to be the one to make everyone lose out on that long-awaited cheesy, doughy goodness. Whatever the reasoning, the accident isn’t reported.

Anything that interferes with reporting is potentially an OSHA violation, based on 29 C.F.R. § 1904.35(b)(1)(iv): “You must not discharge or in any manner discriminate against any employee for reporting a work-related injury or illness.” However, some have argued that this guidance could be interpreted to prohibit almost any safety incentive program.

For this reason, OSHA has issued several memoranda clarifying its position on incentives. A March 12, 2012 memo stated: “While OSHA appreciates employers using safety as a key management metric, we cannot condone a program that encourages discrimination against workers who report injuries.” Then, an October 19, 2016 memo said that if a promised reward were cancelled due to an injury, such a cancellation would likely be an OSHA violation “because it would constitute adverse action against an employee simply for reporting a work-related injury.”

In an apparent reversal, another memo was issued October 11, 2018, specifically “to clarify the Department’s position that 29 C.F.R. § 1904.35(b)(1)(iv) does not prohibit workplace safety incentive programs.” It explained that safety programs which reward employees with a prize or bonus at the end of an injury-free month are permissible “as long as they are not implemented in a manner that discourages reporting.” This is OSHA’s latest official comment on the topic.

But how can employers ensure (and be able to show) that the incentive program they use does not discourage reporting? OSHA recommends educating managers and employees regarding the right to report injuries without fear of retaliation and having an audit mechanism in place to evaluate employees’ willingness to report injuries. Posting signs regarding injury-reporting procedures and reviewing these procedures with employees periodically wouldn’t hurt either.

Clearly, throwing a pizza party as a reward for working safely isn’t as simple as it sounds. That doesn’t mean you should give up on incentives altogether, but it does mean incentive programs need to be designed carefully and thoughtfully. It may help to consider some basic questions, like:

What Is the Reward?

Monetary or material rewards can be problematic because people tend to focus on the incentive itself rather than the safety principle. In other words, it starts to be all about the pizza. To avoid this, consider non-material rewards such as recognition, increased autonomy, or training and education. Sincere commendation costs nothing and goes a long way.

What Is the Behavior Being Rewarded?

Rather than rewarding the absence of injuries (a “lagging” safety indicator that may not accurately represent reality due to under-reporting), reward behaviors that help prevent injury in the first place. For example, reward near-miss reporting or the completion of safety training. Catch employees in the act of working safely and issue rewards on the spot, when they least expect them.

Are Your Goals Short- or Long-Term?

Short-term incentives may work for short-term goals, such as getting people vaccinated. But let’s face it, the motivating power a doughnut usually lasts about as long as the sugar rush does. Safety professionals have a bigger challenge — building an organizational culture of safety over the long term, and showing that they are “serious about creating a culture of safety, not just the appearance of reducing rates,” as stated in the 2018 OSHA memo.

More about how to drive long-term safety culture will be discussed in the Laboratory Safety Institute’s upcoming leadership webinar, “How To Convince Others That Your Are Serious About Safety (And, That It’s Important).”