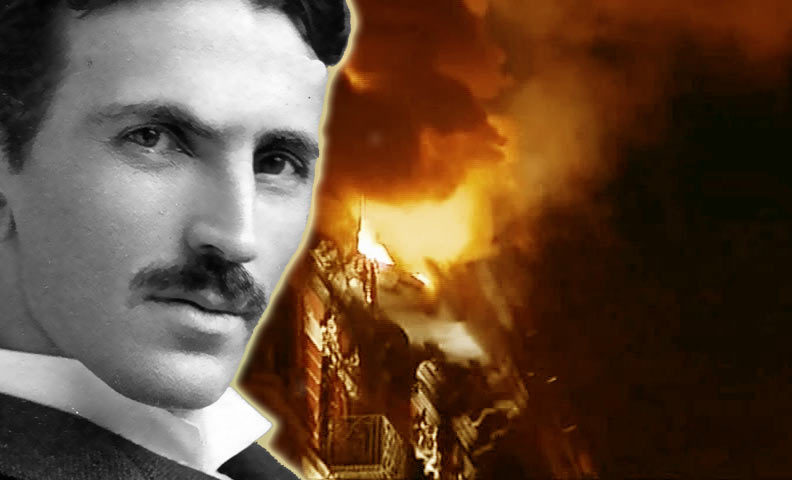 “I am in too much grief to talk. What can I say? The work of half my lifetime, very nearly all my mechanical instruments and scientific apparatus, that it has taken years to perfect, swept away in a fire that lasted only an hour or two. How can I estimate the loss in mere dollars and cents? Everything is gone. I must begin over again.”
—Nikola Tesla, quoted in the New York Times, after a fire destroyed his lab in 1895

The damage to Tesla’s lab was estimated at $50,000 ($1.6 million in present-day values). Although Tesla opened a new lab within months and went back to work almost immediately, the fire’s devastating effect on his career is undeniable. In the remaining 48 years of his life, his scientific achievements were comparatively few.

One would think that recovering from a lab disaster would be easier in the 21st century, due in part to cloud backups and electronic references. However, according to a study published by Germany’s Max Planck Institute in August, a lab disaster can be just as career-crippling today as it was for Tesla.

Economics researchers Stefano Baruffaldi and Fabian Gaessler found that a lab head’s scientific output, measured in papers published, declines by an average of 16-21% after a disaster, and almost never rebounds. “Even 20 years after the adverse event, the average lab head’s productivity shows no sign of recovery,” the report said. The researchers believe these long-term effects are connected to the loss of ‘specialized physical capital’—unique specimens, instruments and materials that are not easily replaceable.

For example, many scientists, like Tesla, develop or modify their own specialized instruments over time. After losing his lab, one researcher quoted in the research paper said: “Six pieces of equipment were one and only—ones we had developed from the ground up over six years. That kind of system is difficult to reproduce, or put a price tag on.”

Other scientists reported losing genetically engineered animal models or collected specimens that had been years—or even decades—in the making. A freezer malfunction in 2017 at the Canadian Ice Core Archive even resulted in the loss of core samples dating back 60,000 years.

In his book, The Gifts of Athena: Historical Origins of the Knowledge Economy, Northwestern University Professor Joel Mokyr notes that historically, scientific breakthroughs have been linked to unique technological assets. Thus, the loss of unique, irreplaceable instruments and specimens may also have a wider impact on the advancement of science itself. We will never know what breakthroughs Tesla could have made if that fire had never happened.

Prepare for the Worst

Engineering and administrative controls can prevent many lab accidents, but even with the best preventative measures, disaster can come unexpectedly from inside or outside the lab. The fire in Tesla’s lab could easily have been started by any one of his experimental electrical devices, but Tesla did have enemies, and some historians have suggested the fire was intentionally set.

Due to climate change, natural disasters such as floods, hurricanes and wildfires have increasingly become the cause of lab catastrophes in recent years. A wildfire at the Australian National University’s Mount Stromlo Observatory in 2003 destroyed six refractor telescopes that had been in use since the early 1900s. In 2000, wildfires caused $300 million in property damage and destroyed decades of polymer research at Los Alamos National Laboratory in New Mexico, U.S.A. In 2011, wildfires again forced evacuations at the same lab.

To prepare for the worst, those who have experienced a disaster emphasize two basic things: a plan and practice. It’s important to have a plan for dealing with emergencies, especially for labs in disaster-prone areas. Once the plan has been developed, the entire lab should run regular practice exercises. Make sure the entire staff knows which items are the most essential for future research and where they are kept so that these can be rescued first. It is also helpful to maintain relationships with other labs in case it is necessary to relocate.

Glaciologist Martin Sharp, who lived through the disaster at the newly-built Canadian Ice Core Archive, advises: “Don’t trust the technology, even if you have a lot of confidence in it.” In an article in Nature, Sharp said technology failures are at the root of many lab disasters.

While most people have a natural aversion to thinking about worst-case scenarios, unexpected events can and do happen to anyone, so it’s important to plan for the worst—not just to protect person and property, but because lab disasters can stunt entire careers and ultimately impede scientific advancement, which affects us all.

Planning for emergencies is one of the topics covered in the Laboratory Safety Institute’s courses, which are available through live Zoom sessions or through recorded video on LSI’s learning portal.

Have you experienced a lab disaster, great or small? Let us know in the comments!