What Potentially Fatal Things Did You Do When You First Learned Chemistry? 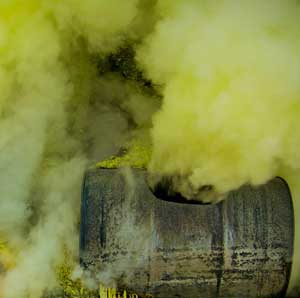 “What potentially fatal things did you do when you first learned chemistry?” This question was recently posted on the Chinese social media site Weibo in the wake of the lab accident that killed three researchers at Jiaotong University in Beijing on December 26.

The question has provoked much reaction among research bloggers, causing some to reflect on their own near-miss stories. Here is one of the many frightening accounts:

A lot of waste liquid was produced every day from our experiments, and it was poured into the same waste liquid tank at night. Our waste liquid barrels had been placed outside the backyard for collection, opposite the flower fields accessed by others, where there are pools where some raised fish and insects. One day when during waste collection, the waste container expanded and a yellow fog began to appear at the lid. Someone shouted, “run!” Two chemistry students ran into the lab as fast as they could. I realized that if I were to run back to the lab, I would have to cross the waste container area, which would be too dangerous. There was a female student outside still shocked and motionless. I had to pull her up and we ran into the back of a simple shed and quickly closed the glass door. Just after closing the door, I heard a bang, and suddenly there was a thick yellow smoke outside. In an instant, you couldn’t see the lab two meters away. In the aftermath, no one was hurt, but the flowers all died and the fish all died. 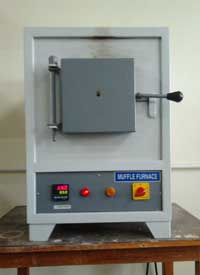 Some of the incidents related were relatively minor, others were major. Others had the potential to cause much more harm than they actually did. Looking back, many researchers in many countries can recall similar near-miss experiences or practices that were tolerated at the time but in retrospect are completely unsafe. Over the years, the Laboratory Safety Institute has chronicled and cataloged hundreds of these lab-safety-gone-wrong stories in Learning By Accident, volumes 1-3.

Those who do experimental work hear these stories as warning messages. While doing scientific research is noble work, it is not worth your life. Let’s make 2019 a safer year at the bench and away from it.

Take the first step – sign up for a lab safety course near you!

So what about you? What potentially fatal things did you do when you first learned chemistry? Tell us in the comments.