What Are the Chances?

“What are the chances of that happening?”

Interesting statistics, but do they really affect anyone’s decisions in real life? COVID-19 presents an interesting case study in how we humans respond to risk data — as well as the lack of it.

There was a time early in the pandemic when anyone could Google “COVID cases near me” and expect to receive reasonably accurate information. But in recent months, the use of home tests, among other things, has destroyed the reliability of case counts, leaving us to find our way in a data desert. The Institute for Health Metrics and Evaluation estimates that for every 100 cases in the U.S., only 6-7 are officially recorded in our surveillance systems.

There are some alternative methods for estimating COVID prevalence, such as wastewater analysis, but many epidemiologists say we are fundamentally ‘flying blind.’ So what happens when the data sources we relied on throughout the pandemic suddenly run dry? What do number crunchers do when there are no good numbers to crunch? They make a judgment call. 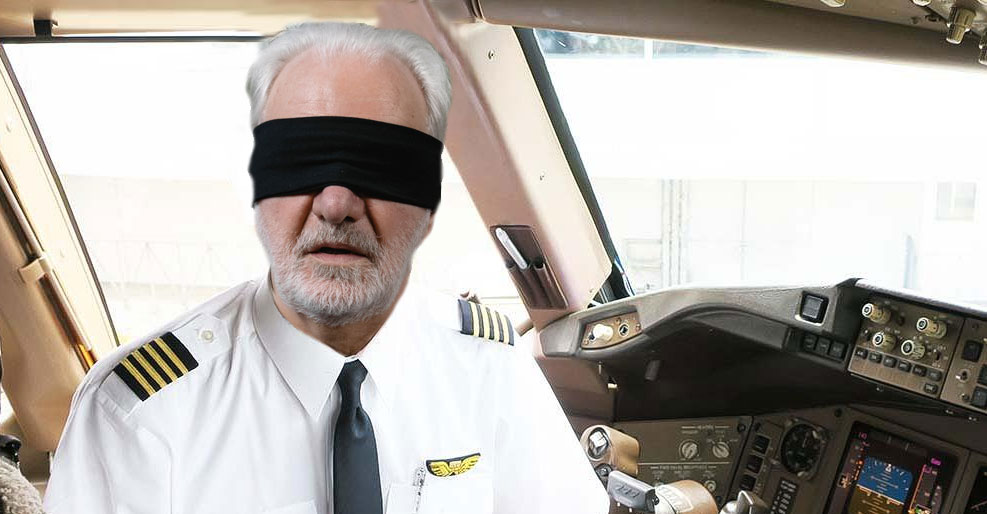 Even self-described “biostatistician, professor, researcher, wife, and mom of two little girls” Dr. Katelyn Jetelina of the University of Texas admits to the outsized role that personal judgment plays in deciding what COVID precautions she takes with her own family.

In her newsletter, Your Local Epidemiologist, Jetelina wrote on August 15: “My entire family is up to date on vaccines, including my little ones under 5. I still wear a mask in public indoor spaces. If I forget a mask and the store isn’t busy, I don’t turn around. If it’s Costco on a Saturday, though, I turn around and grab my mask. I still wear a mask at the airport. My toddlers do not wear masks at daycare, but we encourage it if traveling on public transit.”

It may sound messy, inconsistent and a little unlike a Ph.D. statistician, but after all, we’re all human, and we’re all flying blind right now.

“If you’re confused on what to do, know that we are all confused and just trying to do our best,” Jetelina writes.

The role of personal judgment in safety is not a new concept. Back in 1976, in his seminal work, Of Acceptable Risk: Science and the Determination of Safety, William Lowrance defined the concept safety itself as “a judgment about the acceptability of risk.”

The question is: Who should make that judgment? Unlike a grocery store, a laboratory is by definition a controlled environment. It cannot be left up to each person sitting at the bench to decide what safety precautions they will or will not take based on personal preference. Handling volatile chemicals with a Frank Sinatra “my way” approach only invites disaster.

Organizational leadership must set out clear standard operating procedures, write policies and publish manuals. They are the ones whose necks will be on the cutting block if someone decides to sue, so they are the ones who get to make the rules.

On what are such rules based? In actual practice, sometimes they are merely the opinion of organizational leadership — an opinion that may or may not have statistical justification. But rather than getting drawn into an endless and unendable debate over the chances of that flask exploding, a better question to ask is: “What is the maximum acceptable number of times for a shard of glassware to get embedded in your eyeball in a given lifetime?” When the question is framed that way, most people say zero.

Enforcing the organization’s safety policies consistently, regardless of statistical backing, is essential to protecting the organization legally. If there is a lawsuit after an accident, lawyers will be quick to point out any inconsistent implementation of safety protocols. For example, if some lab personnel were wearing PPE, but the injured person wasn’t, the natural question is, “Why not?” An answer like, “he didn’t feel it was necessary in this particular situation” indicates that the organization was essentially leaving it up the employee to decide whether to wear PPE or not. Stated another way, either the organization did not have a safety policy, or its policies were not being universally enforced. Either way, the organization and its officers can be held liable.