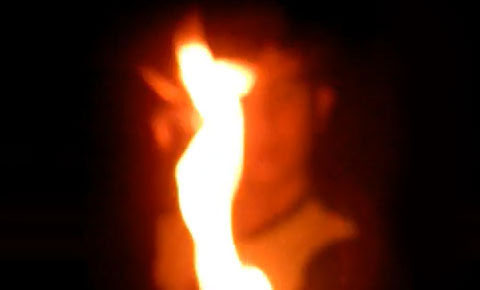 One silver lining of the pandemic was that since many school labs were closed, the science-experiment-gone-wrong stories also went on hiatus. For two straight years, there were no reported accidents from teacher-led classroom demonstrations—just a few stories of kids doing dangerous things on their own on TikTok and YouTube.

But that lull came to an end on April 1 when a middle school teacher in Granbury, Texas, put hand sanitizer on a 12-year-old student’s hands and then lit them on fire, leaving the student with third-degree burns. The teacher has since resigned, and the district attorney is deciding whether to seek criminal charges. 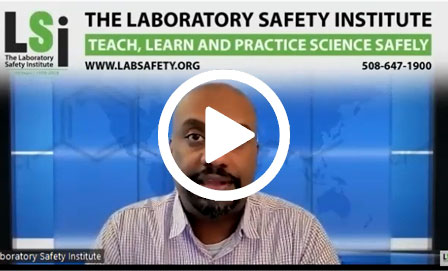 Raj Santhappa, M.D., will present on the topic of school science safety at this year’s Pittcon in Atlanta, Georgia, June 7-9.

“Putting a flammable substance on bare hands and igniting it is not a science experiment. It’s just stupid,” an angry parent wrote online. Predictably, school officials claimed the same thing had been done many times before, even that day, without incident.

Online commenters lamented the lack of safety training requirements for teachers—as well as the fundamental lack of basic science education requirements—in most states. Currently in Texas, middle schools can hire teachers who have completed only one introductory science course in college.

Apparently, the hand sanitizer “experiment” was not part of the lesson plan and did not involve administrative review or a thorough risk analysis. Sources told CBS that the incident happened after a class finished a test early and the teacher simply asked students if they wanted to see something “cool.” No one was wearing personal protective equipment.

Due to the obvious risk and liability involved, the light-a-student-on-fire experiment is not to be found in any official science curriculum guides for teachers. However, a quick internet search turns up dozens of videos of people setting their hands on fire with alcohol sanitizer. In a similar incident in 2014, a 23-year-old teacher in Indiana admitted that the idea of lighting students’ hands on fire originated from a YouTube video. That teacher was charged with neglect of a dependent resulting in bodily injury and criminal recklessness.

“Teachers are always looking for ways to make learning more fun and get kids hyped for their lessons, but if your experiment involves setting a kid on fire … there are too many things that can go wrong,” said a post on the website of the Texas news radio station KTEM.

Some hazards that can be overlooked include additional ingredients present in some sanitizers, such as glycerin and aloe, which stick to the skin and make the fuel mixture burn hotter and longer, similar to napalm. Also, student (or teacher) behavior cannot always be predicted, which creates additional risks.

If the purpose was simply to show that alcohol burns fast, there are hundreds of safer ways to make that point. The American Chemical Society and other major science and education organizations have collaborated to provide teachers with resources for safer demonstrations and activities in the classroom:

Additionally, the Laboratory Safety Institute offers scholarships of up to $800 for safety education programs, exclusively for K-12 teachers, as well as presentations on safer science demonstrations for interested teacher groups. LSI’s founder, Jim Kaufman, has served as an expert witness in dozens of these cases since 1978.

In a science class in Ohio in 2006, 15-year-old Calais Weber received third-degree burns on 48% of her body when her teacher attempted a “rainbow experiment,” which uses methanol to light various metallic salts to produce different-colored flames. To prevent similar tragedies in science classrooms, the U.S. Chemical Safety Board released a video about the incident called “After the Rainbow” in 2013. Less than a month after that video was released, 16-year-old Alonzo Yanes received disfiguring burns when a teacher in New York attempted the same experiment.

Is making kids say “wow, cool colors” worth all the risk?

Four years later, when filmmaker Christina Kallas produced “The Rainbow Experiment,” an independent film with events that closely mirrored the New York incident, history couldn’t stop repeating itself. Fewer than four months after the film debuted at the Sundance Film Festival, and despite a safety alert sent to all science teachers in the United States from the American Chemical Society, a teacher in Tennessee decided to perform the rainbow demonstration again—with the same lack of safety protocols. This time, 17 students were hurt.

All totaled, 164 teachers and students have been injured in classroom demonstrations using flammable solvents from 1988 to 2018, according to a study published by the American Chemical Society.

To keep the cycle from repeating again, the rainbow experiment is now banned in New York and by several school districts nationwide. There are safer alternatives to this demonstration, as outlined in the brochure “Rainbow Flame Demonstration Guidelines,” available free from the Laboratory Safety Institute.

Update: On May 17, 2022, a student was seriously burned in a science demonstration in Indiana. From initial reports, it seems this was yet another case of the same experiment. The rainbow strikes again.